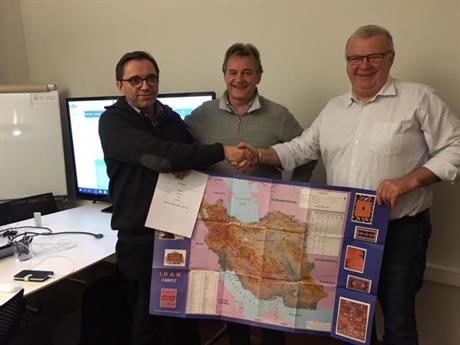 The marketing of Landax in Iran is moving forward, and Landax and Sali shall make its second trip to Iran meeting some of the pilot clients established by Iranian partner, MIP, during the first trip back in May 2017.  MIP has been working with the farsi version of Landax, and during September Landax developers also converted the farsi calender into the application.  This makes the system very attactive for Iranian companies who often lack comprehensive TQM systems to control their business.

The meetings with the pilot clients in Iran will hopefully kick-off the first permanent customers in Iran.  Then the next will be to start marketing Landax as an Iranian application!

Landax and Sali is celebrating its one year relationship (above picture) by signing new agreements for Sali to also promote and market Landax for UAE, which can be the next big market for the Landax system. 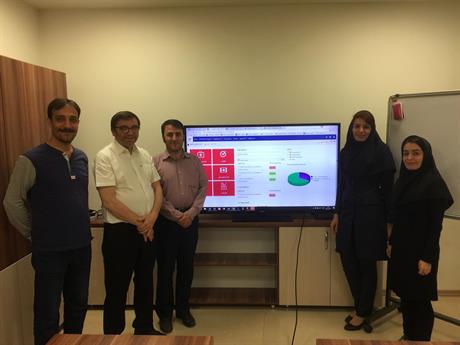 Landax on tour in Iran

The Norwegian supplier of Quality Management System , Landax, was from 19. May on a one week introduction tour in Iran together with Sali. They have entered an MOU with Iranian partner MIP. During the visit they presented their system to 3 Iranian companies within medical and car industies.

Landax is a Norwegian developed product with more than 400 clients in Norway. The system has been translated into 10 different langurages including the Iranian langurage, Farsi. Landax MD concluded that the Iranian market can have great potential for several of the the modules developed in Landax.  Compliance, Non- conformance are the most needed, but also Customer Relation Management (CRM), Risk Analysis, Facility and Management, Project Management are much actual for Iranian Industry. MIP also concluded that Landax will have high priority within their organization, and have already started a recruitment process to market and service Landax in Iran 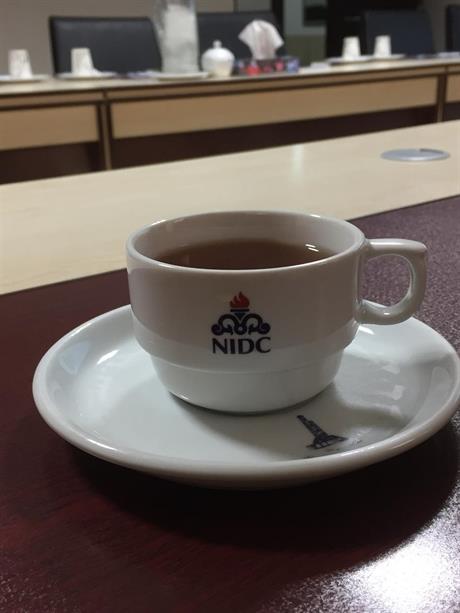 Sali on tour in Iran

From 3-14. November 2016, Sali together with Iranian partner MIP visited several Iranian O&G companies for presenting 9 Norwegian suppliers who are keen to enter the Iranian markets with their products and services.

This time it was mainly IKT suppliers that were presented with their O&G related applications in use on the norwegian market. MIP had done a lot of work to get access to the right departments within NIOC South, NIDC, POGC, KEPCO and IOOC. MIP will now follow-up the meetings with close contact to the connections made for the different applications.  They will also promote the applications on the upcoming IT Exhibition in Tehran in mid-December, and arrange workshop later on for the most attractive ones. Other suppliers presented were, Offshore Vessels, Storage facilities powered by Solar Energy, Pumping Skid Solutions, and Deepwater Drilling Consultancy. In addition, the Norwegian Embassy gave valuable information regarding the way forward in Iran for Norwegian suppliers who wants to enter the market 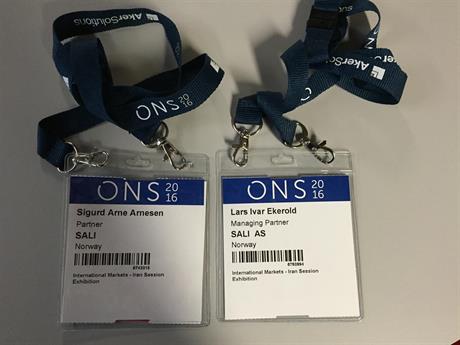 SALI visited ONS 2016 in Stavanger on Wednesday 31. August and took part in the Iran Session arranged by INTSOK

There seems to be a lot of interest among Norwegian companies and suppliers to enter the Iranian O&G market, but many has taken a wait and see position how the US sanctions still in place finally will turn out.  They are also waiting for the first IPC agreements to be signed with major European IOC.  MOUs have finally been signed between the Norwegian and Iranian officials, so there should not be any reluctance to enter when both countries governments have given such garantees in writing. Meeting suppliers who had stands at the ONS, very few have established a clear Iran strategy, but was very keen to hear and learn about the Iranian market. 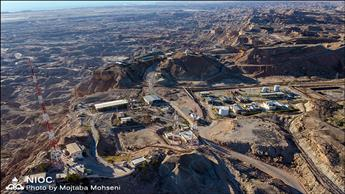 The names of the companies negotiating for new IPC agreements such as BP, Total and Eni, is no secret, but when and for which licenses they hope to gain access for development of oil and gas reserves after years of sanctions are more uncertain.

Iran, which has the world’s fourth-largest oil reserves and second biggest gas reserves, has recently almost doubled oil exports to more than two million barrels per day (bpd) since January, but seeks to attract almost $200 billion of foreign investment to boost production by at least 600,000bpd within the next five years

As a consequence of the delayed release of the first IPC agreements, the administration requirements, such as Accounting, HSEQ, Procurement etc. is also pending, though some principles will most likely remain the same as previously under the old regime for License agreements. For Procurement it is quite obvious that foreign suppliers who enter relationship with Iranian counterparts will benefit in the overall competition for work under the new IPC Agreements. Foreign suppliers that bring new and improved technology on the table will be welcome according to the statements given by Iranian officials in this respect. In the meantime, suppliers who wants to enter this market needs to start positsioning its products and services for the coming boom as early as possible!! 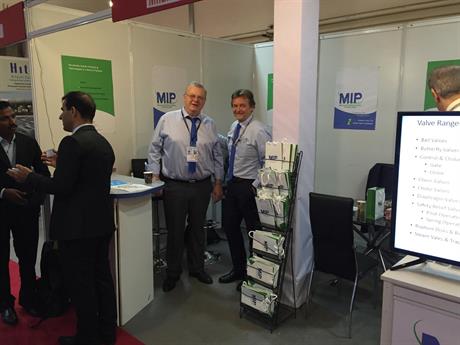 SALI took part in Iran Oil Show from 5-8. May 2016 together with its Iranian partner Milan International Petroleum (MIP).

More than 1700 exhibitioners took part in this years oil show. Around 800 non-Iranian companies were represented either with own stands or in cooperation with Iranian partners. European countries like Italy, Austria, Germany, France were well represented with a lot of suppliers. From the Scandinavian countries the representation was not overwelming, but Swedish and Finnish suppliers have started up to look into the Iranian market again more than the Norwegian suppliers. Less than 10 Norwegian companies had representation mostly through their Iranian agents or partners. The list of Norwegian exhibitioners contained such as; Jotun, Fire Nor, Glamox, Global Maritime, First Geco, Framo, Eureka, Seatouch, but companies like Norsafe, EIBC among others poped into the Sali Consulting stand 2204 in hall 18 during the days of the oil show. The representation from international oil companies (IOC) were limited. Only Lukoil, Gasprom and OMV had stands. The exhibition had very high numbers of visitors.  In the main halls special on Saturday and Sunday it was quite crowded.  The arrangement was very proffessional, but next year when the exhibition shall move to the new Trade Fear area outside the center of Tehran it will hopefully be much better access to the facilities! 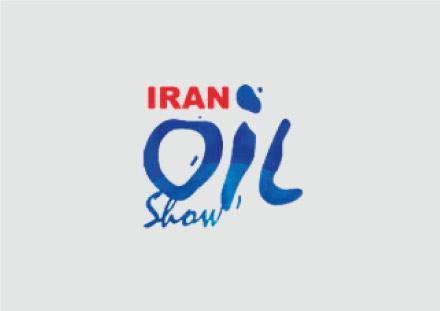 Sali as will together with its partner Milan International Petroleum have a stand at the Iran Oil Show taking place in Tehran from 5-8. Mai 2016. The stand will be in Hall 18 location no 2204 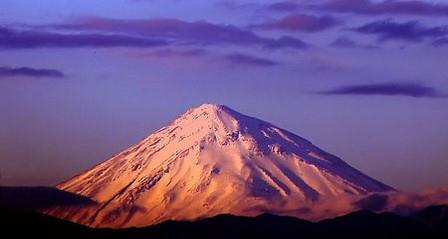 Since the international sanction towards Iran was lifted earlier this year a new oil and energy province came alive again for many international suppliers and manufacturers.  Iranian authorities started already early in 2015 to invite international O&G operators to take part in the exploration and develpoment of onshore and offshore blocks, pending the lifting of the sanctions.  Improved T&C was offered under the new Iranian Petroleum Contracts (IPC).  First announcements of executed agreements are expected shortly after the Iranian new year in  March. National Iranian Oil Company (NIOC) have launched a number of potential brown and green field blocks under the new IPC with incentives and high focus on improvement with latest technology and know-how from international O&G activity.

So the table is set for international players who wants to enter this market for their products and services? Not quite yet! There are some mountains to climb, even though a lot of the drivers for norwegian O&G suppliers are present.